Scripted, original, interview, documentary, podcast, experiential. We do what it takes to tell the story right.

We produce positive stories about women and the experiences that have shaped their stories.

We help brands tell their stories in a meaningful way that creates impact with female audiences.

We work with our clients and partners to create strategies that build audiences for our content.

We research, vet and book the best speakers and experts for your event, podcast or series.

We generate great ideas, develop your project, and create a plan to help you achieve your vision. 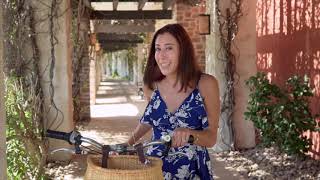 Laura Nix Gerson is a writer and producer with an extensive background in marketing, specializing in audience development, brand strategy and integration. She has worked in and led agency, corporate and start-up environments, where brand storytelling was the main focus. She is currently developing digital and television series focused on female audiences, and works with brands to tell their stories and reach audiences via digital and experiential platforms.

Laura's love of digital content and extensive writing started with her blog www.MomAngeles.com. She is a regular contributor to @ModernMom and previously with @Babble @CBSLA.
Follow her @MomAngeles.

Rona’s storytelling ability ensures every story we tell resonates with the right audiences. She oversees video production, script writing and directing for our Studio utilizing her 15+ years in TV and film production, with some of the most recognizable brands (Coca-Cola, US Army, AirTran, FOX, CBS, DISNEY) and Academy Award nominees (Alcon Entertainment).

Previous roles include director’s assistant for One Missed Call (Alcon Entertainment) and at companies CodeBlack Entertainment and Disney Interactive. She was an associate editor at Malibu Magazine and was the first personal assistant to Sara Blakely (creator of SPANX) helping her prepare for Richard Branson’s tv show The Rebel Billionaire.

A Few Words From Our

"Thanks for always being a damn great partner!"

"Nix | Gerson is our go-to resource when we need something done quickly and done right."

""I can always count on Nix | Gerson from location scouting to storytelling. Every time."